Simulink library for the BeagleBone Black

Simulink library for the BeagleBone Black 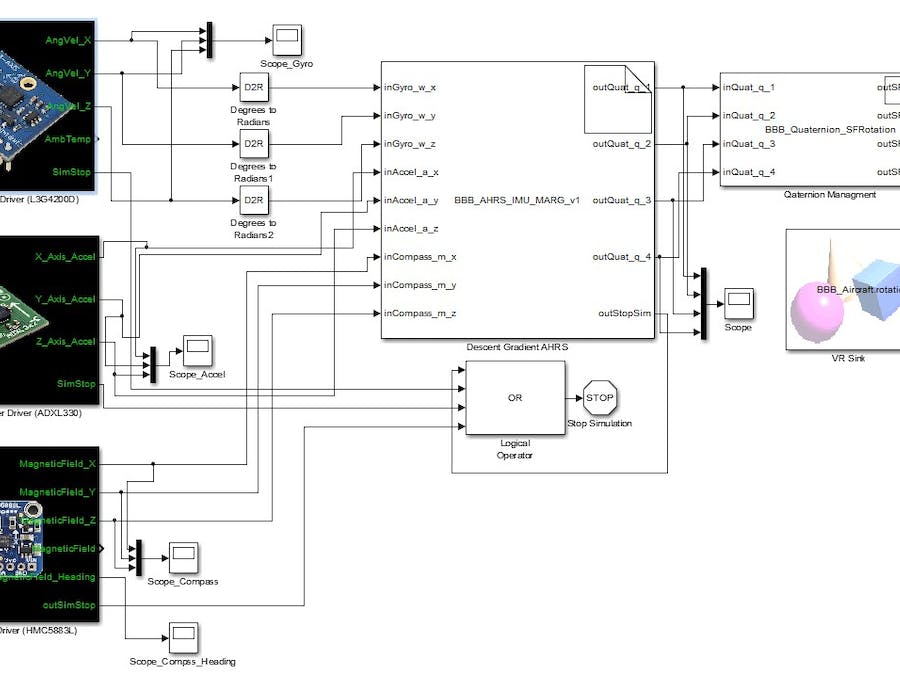 The developed driver blocks are then combined in a Simulink model for attitude estimation via a descent gradient sensor fusion algorithm. Finally a UI is developed to display sensor data and estimated attitude via Simulink 3D VR animation. All code is included.

Note that this project may prove especially useful for those using Matlab versions prior to R2014B where the "Embedded Coder® Support Package for BeagleBone Black Hardware" is not supported.